Smart City - The Future Role of the Housing Sector

Smart City – How can we sustain the liveability of our cities in Europe in the future?

Digitization is increasingly moving into our cities and homes. How can housing providers make use of the opportunities and deal with the risks? This was the key point of this year’s  European Summer School for Young Professionals at EBZ in Bochum, Germany from 15-18 July 2019.  Around 35 early-career professionals in housing from six European countries looked beyond their own national backyard, learned about different approaches from all over Europe and discussed similarities, differences and courses of action.

The preconditions for digital transformation vary widely in Europe. However, it is clear in all countries: Social housing is lagging behind. There is need for action, in particular concerning the weaker groups of society, that will be left behind by the digital gap even more. But what does “Smart City“ actually mean? The participants of the Summer School agreed that as a reasonable concept, “Smart City“ can be understood as an ecosystem with the dimensions smart governance, smart people, smart living, smart mobility, smart economy and smart environment.

But all opportunities that arise through digitization considered, the participants from the Netherlands, the United Kingdom, Germany, France, Finland and Ireland agreed on one point: The focus has to be on the people. Thus, the Italian housing project Figino Borgo Sostenibile located in Milan, that was showcased, developed an elaborate process for participation, that interlinks joint activities of the residents with the services of the landlord, municipality and social organisations to a holistic concept.

Another highlight was the field trip to Cologne. The participants visited Stegerwaldsiedlung, a neighbourhood with housing stock owned by Deutsche Wohnungsgesellschaft mbH (a 100-percent subsidiary company of Aachener Siedlungs- und Wohnungsgesellschaft mbH). Within the EU project „Grow Smarter“, the neighbourhood was energetically transformed with photovoltaics, air-heat pumps and an intelligent system for energy use and mobility. Christian Remacly, project manager and corporate development at RheinEnergie AG, explained to the participants the future-oriented energy concept of the largest climate protection housing estate in North Rhine-Westphalia. The high interest confirmed, that the lighthouse project sets new standards not only in Germany but also in Europe.

Moreover, the project „Grüner Weg“ of GAG Immobilien AG in Cologne Ehrenfeld showed, what living in the neighbourhood could be like in the future. The new neighbourhood with housing and commercial spaces was constructed on a brownfield with social as well as market financed housing. All generations can live together here, in close proximity to the city centre.

But the participants drew inspiration for their work not only from the organised programme, but also from getting to know each other face-to-face. In the end, the conclusion was, that the European exchanges of experiences gives valuable incentives for their own work. This is what the participants will take home with them to their companies.

Are there any admission requirements?

A working knowledge of English is required to follow presentations and participate in the programme.

What are the participation fees?

1,530 EUR per person; if employed by a company that is a member of EFL European Federation for Living or of the European Table of Housing Corporations (Europäischer Tisch), a reduced fee of 1,330 EUR applies

What is included in this price?

Participation in all programme activities, accommodation at EBZ hotel facilities on campus (2-bed rooms for single use, three nights), full board (as indicated in the programme), certificate of participation at the end of the course

How can I register?

Registration is open until 30 June 2019. The programme for 2020 is in development and will be announced on this website.

Where is EBZ located and how do I get there?

Address: EBZ, Springorumallee 20, 44795 Bochum
The closest airport is Düsseldorf Airport (DUS), which is connected to Bochum by regional train. Other airports in the vicinity are in Dortmund or Cologne. Bochum is well connected to the German railway and motorway network and can be easily reached by train or car. From Bochum Central Station, the buses 394 and 388 will take you to EBZ or you can take a taxi.

"The Summer School 2019 was a great expierience for me. Four days full of versatile presentations from experts all over Europe, a very interesting excursion to the beautiful city of Cologne and many good conversations with young professionals from other European countries made the 2019's summer school so special to me. I definitely would recommend to take a part." 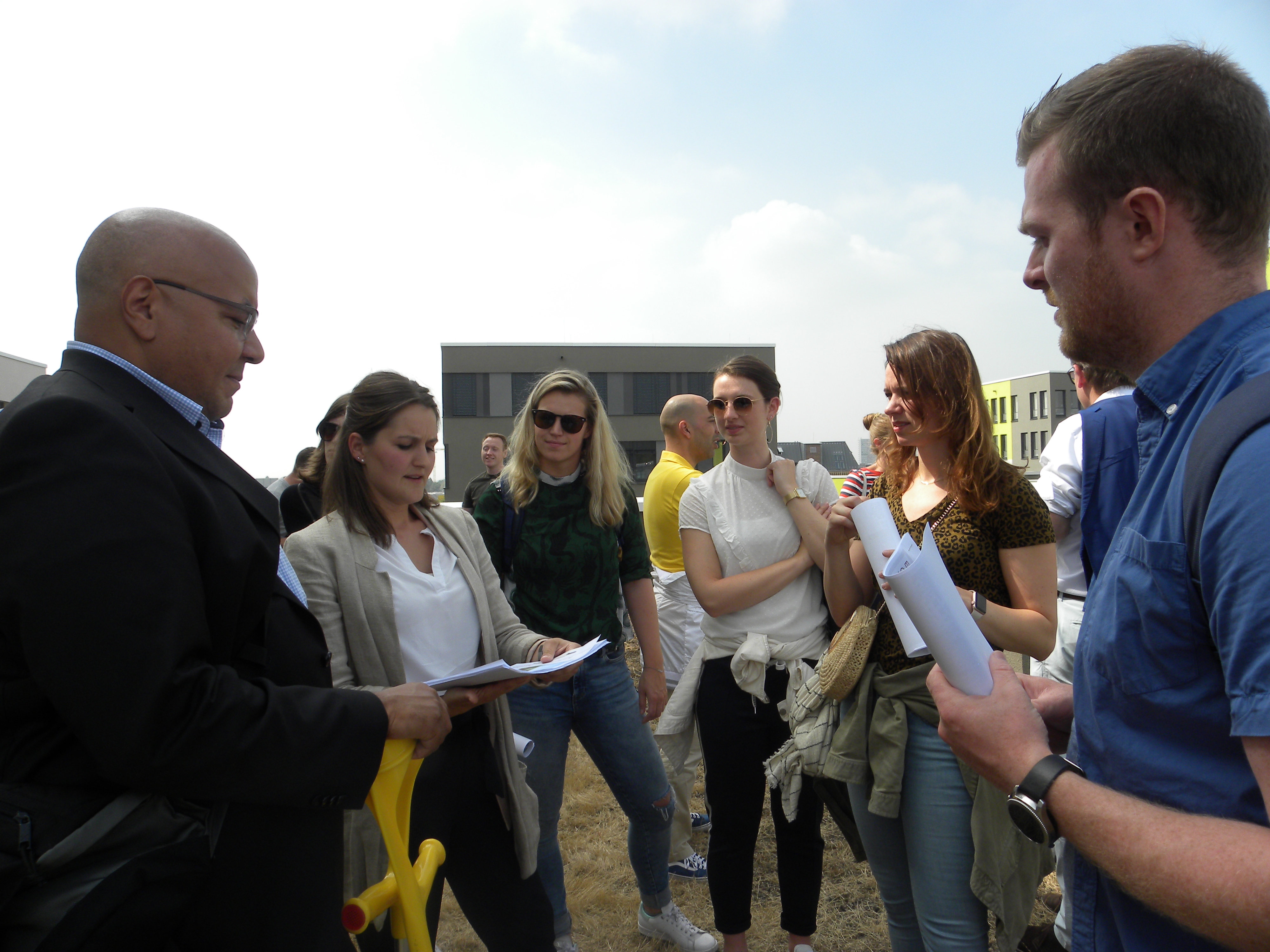 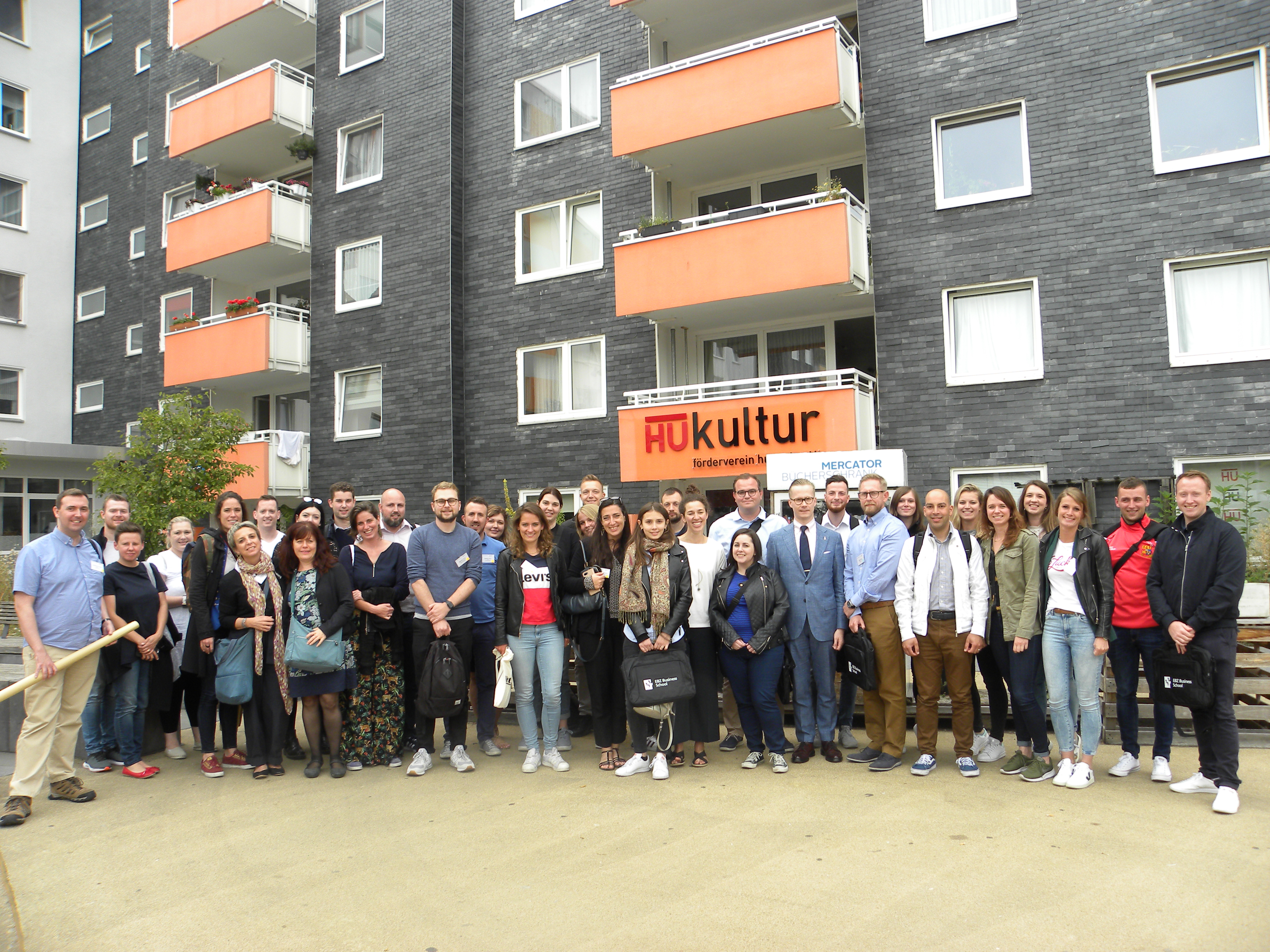 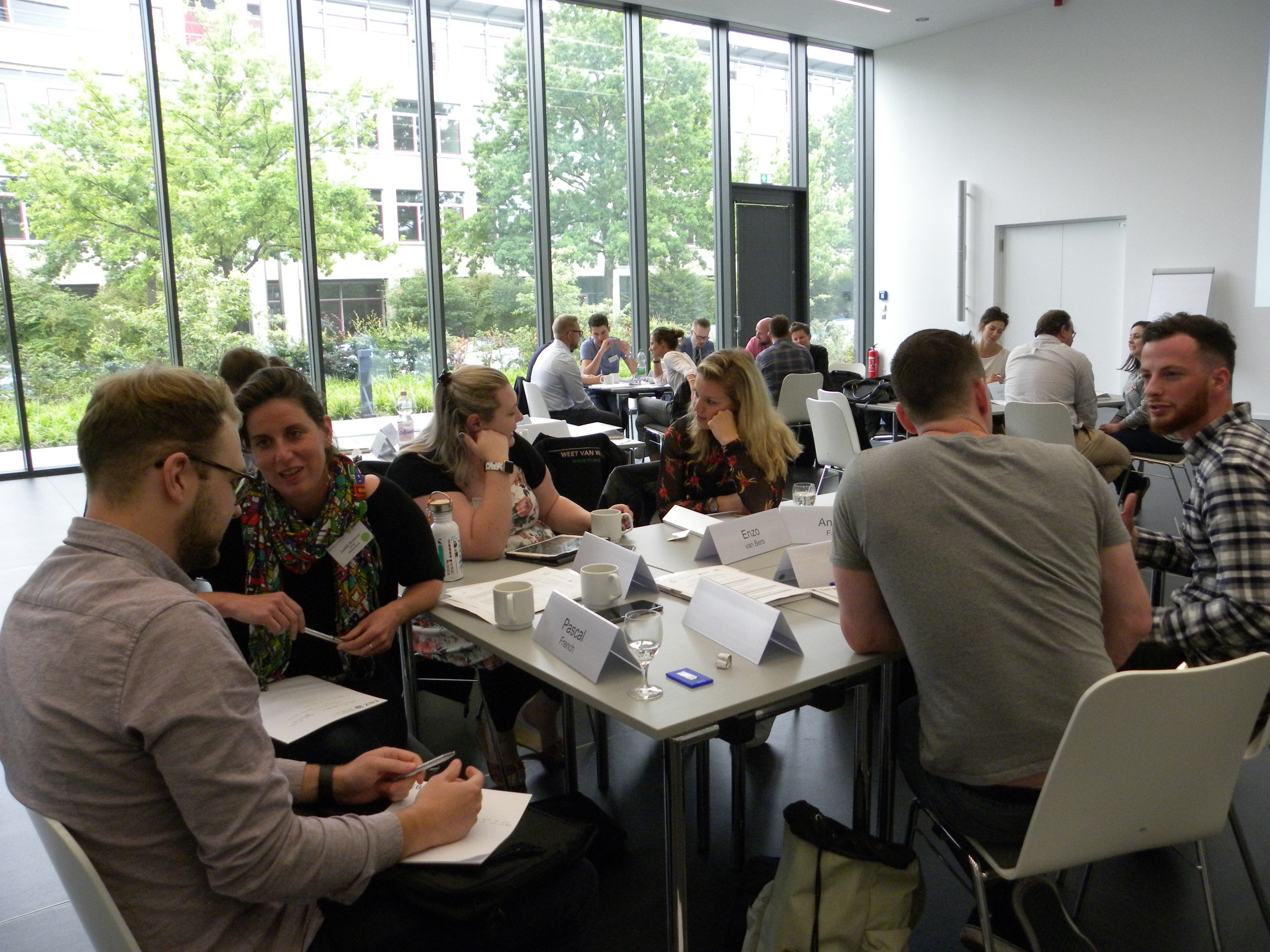 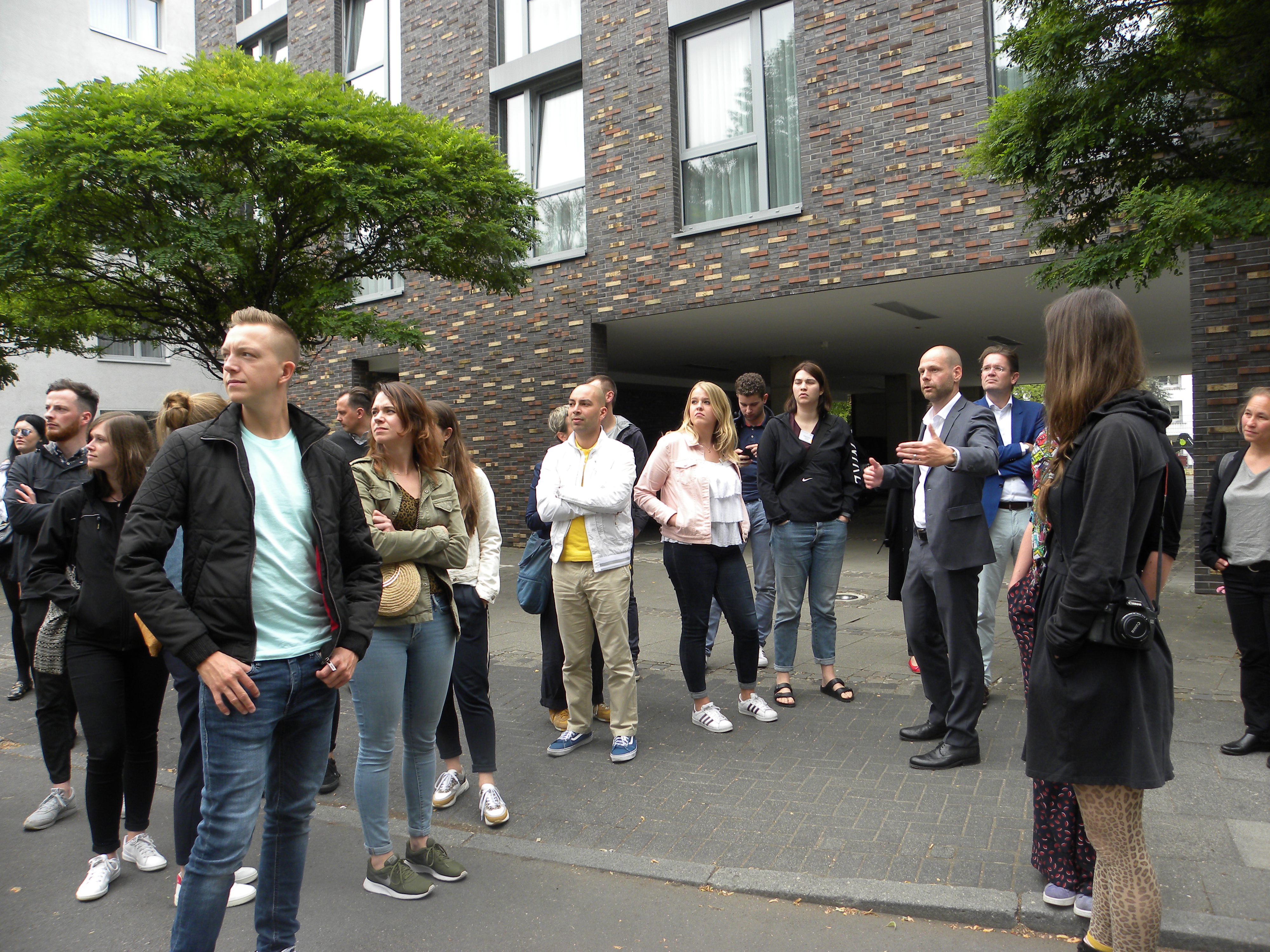 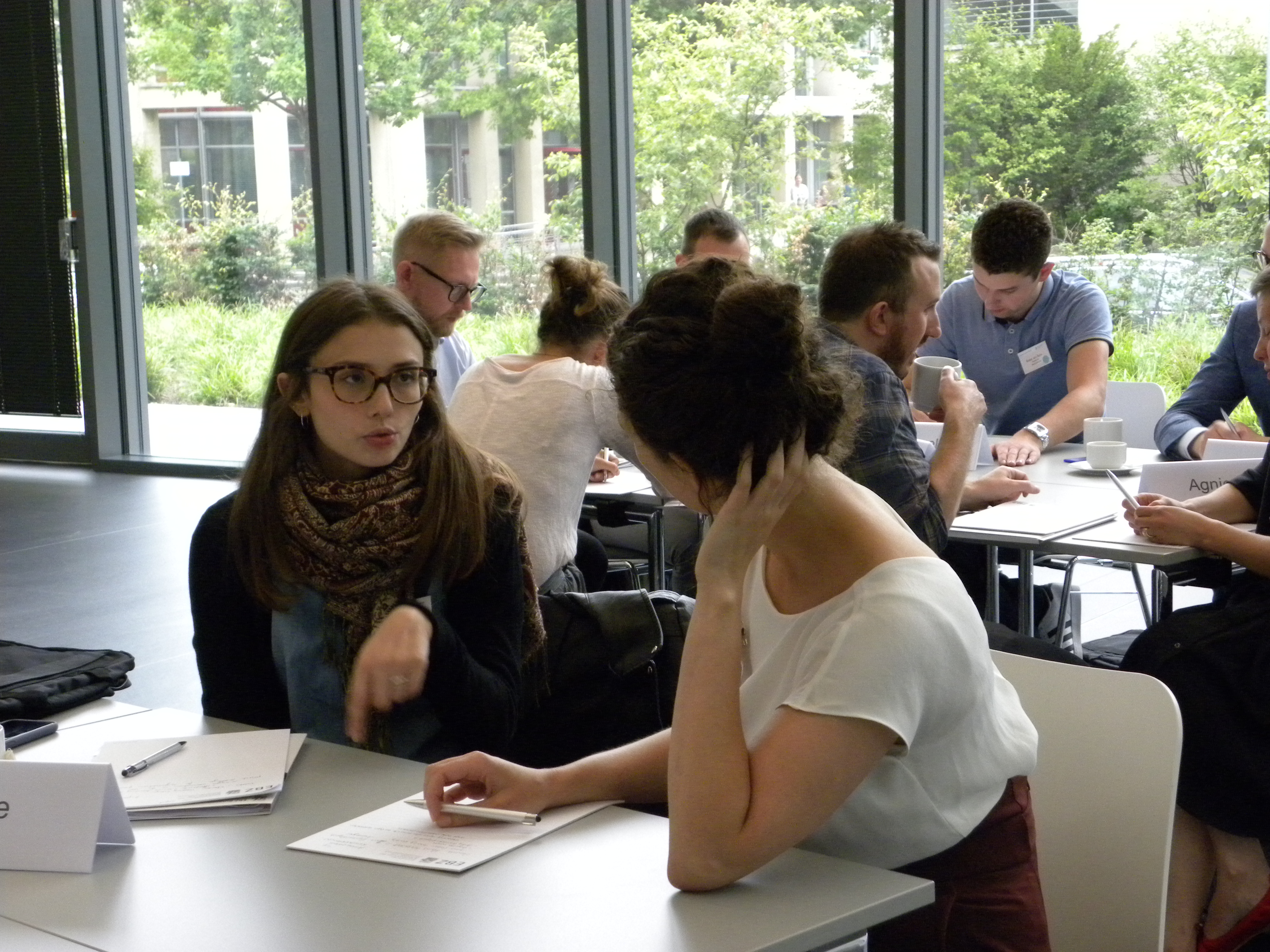 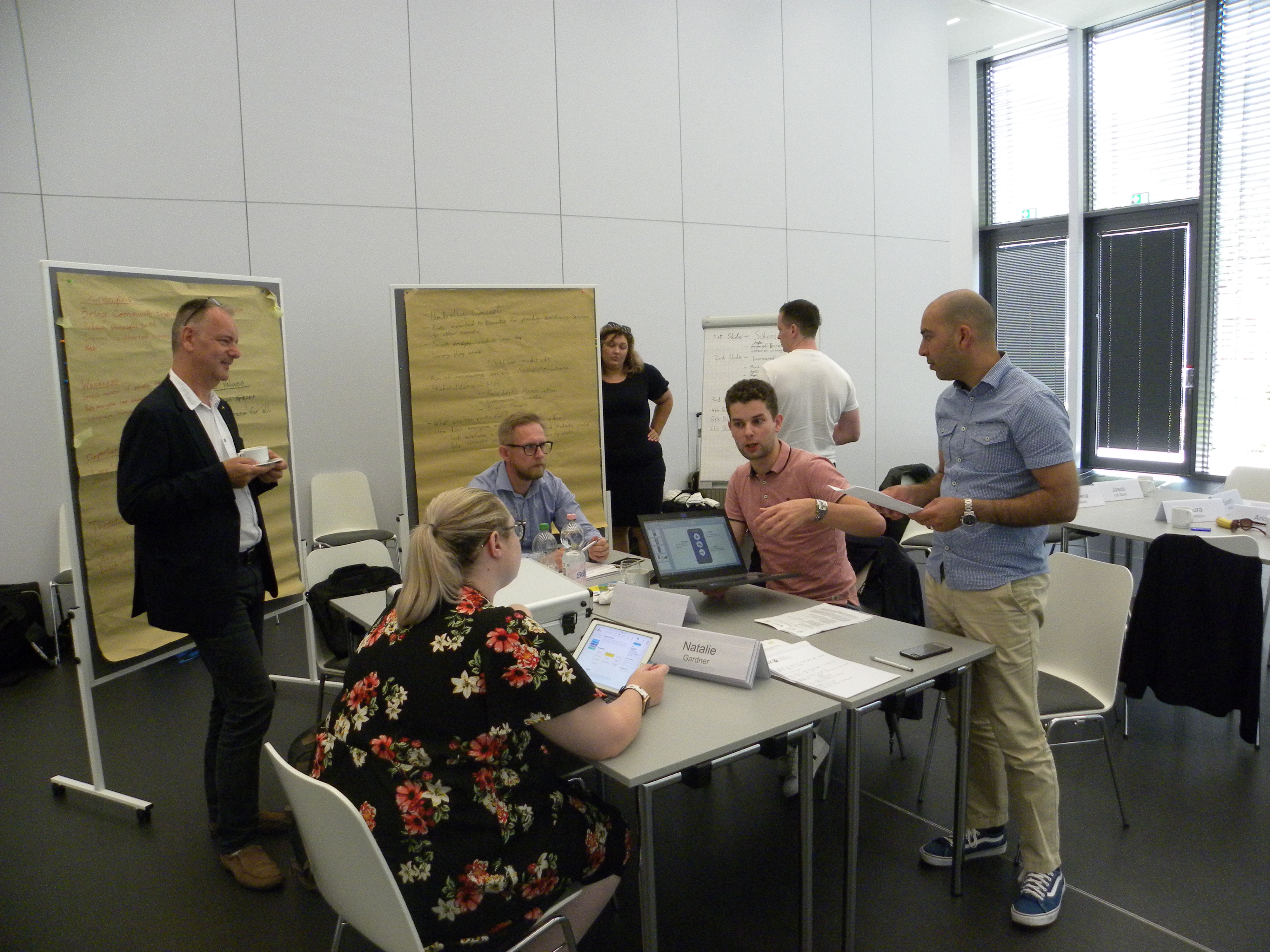