A European Perspective on Housing - Summer School for Young Professionals 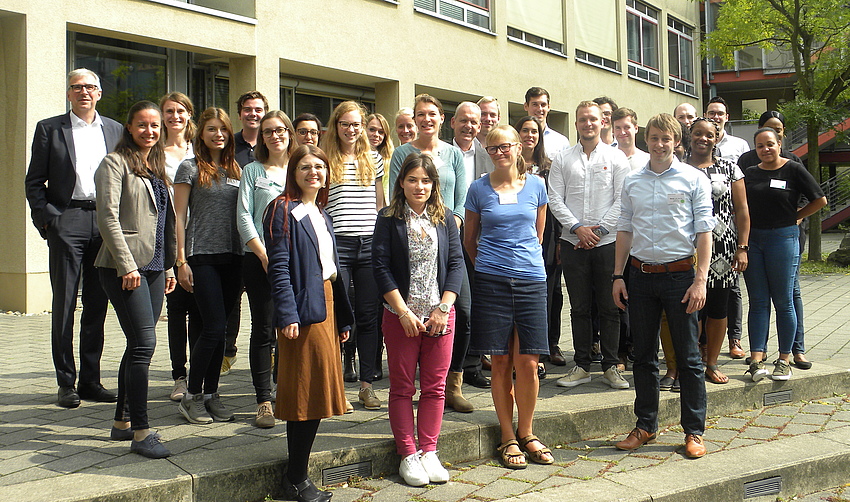 Transfer of Know-How across National Boundaries of the Housing Sector: First European Summer School brings together Experts and Professionals from all over Europe

Frameworks in the housing sector differ widely from one European country to another. At the same time, however, companies are faced with the same challenges such as demographic change, energy efficiency, integration and digitisation. This makes the exchange of ideas across boundaries even more important. During the European Summer School at EBZ in Bochum about 30 young professionals from nine European countries shared experiences of similarities and differences, and focused on possible solutions.

While every European country has a housing sector that is not exclusively market-oriented, the countries do not share a single definition of – let alone a legal framework for – social housing. Moreover, countries such as Spain and Latvia have a high percentage of private residential property. Common to all countries, however, is the fact that affordable housing has been growing scarce and both rental fees and sales prices are on the rise, which makes the housing market increasingly more competitive. The construction of new dwellings can hardly keep up with the rising demand – this was the first thing that the participants of the Summer School agreed upon. The young professionals came to Bochum from the Netherlands, Great Britain, Spain, Italy, Sweden, Finland or Latvia. Most of them work at housing organisations, some participants were also from service providers related to the housing sector, or academia, which enabled both international and interdisciplinary exchange within the group.

The demographic development is similar in each country: overall populations shrink and there is not enough housing space suitable for increasingly ageing societies. According to the participants from Clarion Housing Group, a British housing corporation with a housing stock of 125,000, there are currently about 500,000 dwellings in Britain for elderly people who are in need of support and possibly care. By 2030 the group of 65-and-older will have grown from 11.8 million to 17.5 million. But how to motivate long-time tenants to move to apartments more suitable for their currents situation (smaller households, accessibility)? What is the right mixture of ages for a neighbourhood? Do models of intergenerational living work or would elderly people prefer living amongst themselves? Should elderly tenants be located in neighbourhoods which are as accessible as possible and provide all necessary services? All of these questions were discussed by the participants – and even if it was not possible to find immediate answers to all of them it was still possible to identify similar problems and examine possible solutions.

At first glance and despite a common EU policy, the topic of energy efficiency was dominated by national differences for example in terms of national energy systems or accounting of heating expenses for individual households. For instance, compared to the Netherlands (20 ct/kWh) or France (16 ct/kWh) Germany is characterised by high electricity prices (30 ct/kWh). In Great Britain, electricity prices are lower but energy poverty in social housing is an important issue that affects roughly 2.3 million households. Similarly, in Spain about 11% of the population cannot afford proper heating. Reasons for this are low income and high consumption; the latter due to low energy efficiency of buildings and national social security systems (in Germany, for example, heating expenses of welfare recipients are covered by the state).

As far as the building stock is concerned, all countries face a similar challenge: reaching the pan-European goal of a carbon-neutral building stock by 2050. According to Clarion Housing Group there are about 7 million uninsulated buildings in Great Britain. In Sweden, one million apartment units were constructed during the “Million Programme” (Miljonprogrammet) in the 1960s and 70s (about 25% of the entire Swedish building stock). These have to be made more energy efficient and adapted to the needs of an ageing society – with estimated costs of 37.3 billion euros. Another important aspect is user behaviour: In many countries, among them the Netherlands, Finland, Spain or Sweden, housing corporations or government agencies offer campaigns and counselling sessions on energy efficient behaviour. Due to the fact that there is no systematic analysis of results and success factors, the need for more in-depth research on a European scale became apparent.

The conclusion of the Summer School was that it was the discussion of differences which made the exchange particularly worthwhile. Not all best practice examples can be applied to other countries but they can offer valuable insights for the everyday work at home. All participants agreed that there was not enough time to adequately discuss all aspects. Therefore, EBZ and its partners have begun preparations for the next European Summer School in 2018. From 16 to 20 July 2018 young professionals will again have the opportunity to cross boundaries, identify similarities and learn from each other.

The European Summer School was organised by EBZ, EFL (European Federation for Living), Housing Europe (the European Federation of Public, Cooperative and Social Housing) and IWO e.V. (Housing Initiative for Eastern Europe). It was under the patronage of Gunther Adler, State Secretary at the Federal Ministry for the Environment, Nature Conservation, Building and Nuclear Safety.

Who should register?
Young professionals (in general less than 10 years of working experience) working in the housing sector

Are there any admission requirements?
A working knowledge of English is required to follow presentations and participate in the programme

What are the participation fees?
1.500 EUR per person; if employed by a company that is a member of EFL European Federation for Living, a reduced fee of 1.300 EUR applies

What is included in this price?
Participation in all programme activities, accommodation at EBZ hotel facilities on campus (2-bed rooms for single use, four nights), full board (as indicated in the programme), certificate of participation at the end of the course

Will the European Summer School be repeated in 2018?

Yes! Check out the new programme for July 2018 and register here.

Which terms and conditions apply?
Your registration is binding. Cancellation is possible until 30 June 2017 at an extra charge of 75 EUR. Please send an e-mail to s.juranek@e-b-z.de. After 30 June 2017 the full participation fee has to be paid. Your registration is transferable to another person; in that case, please send an e-mail to s.juranek@e-b-z.de. Full terms and conditions can be viewed here.

Where is EBZ located and how do I get there?
Address: EBZ, Springorumallee 20, 44795 Bochum
The closest airport is Düsseldorf Airport (DUS), which is connected by local train to Bochum. Other airports in the vicinity are in Dortmund or Cologne. Bochum is well connected to the German railway and motorway network and can be easily reached by train or car. From Bochum Central Station, the buses 354, 394 and 388 will take you to EBZ.

„The first international Summer School of EBZ 2017 was very enriching for me, because it brought together different perspectives of the housing sector from different countries. The topics were highly relevant and urgent for the housing sector and I had a lot of fun discussing them with the other participants. Highly recommended!"

"What I found most inspiring was the (Finnish) example of not only building houses for people in need, but also building a community in which people live together and share common spaces. In that way contacts between people are stimulated. Together with the goal of placing a maximum of 20% vulnerable tenants in a block, so that there is a healthy mixture, this kind of living can be also be a succesfull form in Dutch society."

"I learned about two housing concepts which I’ve never heard about before. Namely multi-generational housing and shared ownership housing which seems to carry great opportunities to cope with the challenges of ageing societies and increasing segregation in Swedish urban town areas. Also, the use of the term “rightsizing” instead of “downsizing” drew my attention. I think we as young professionals in the real estate sector in Europe must learn to communicate to our tenants and customers from their point of view in order for us to reach energy consumption targets. Answering the question “What’s in it for me?” should be the starting point of any discussion where the goal is to change someone’s behaviour." 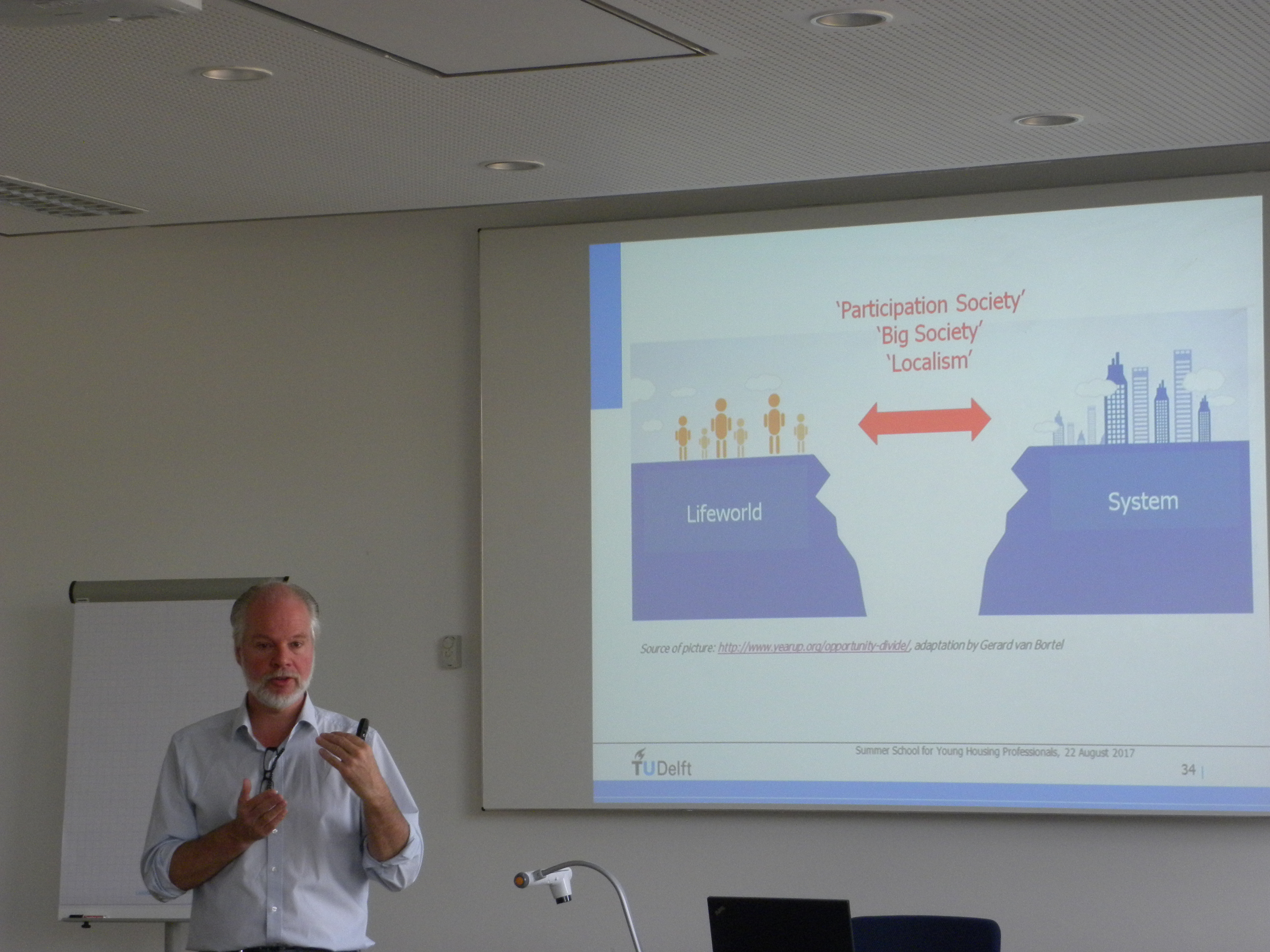 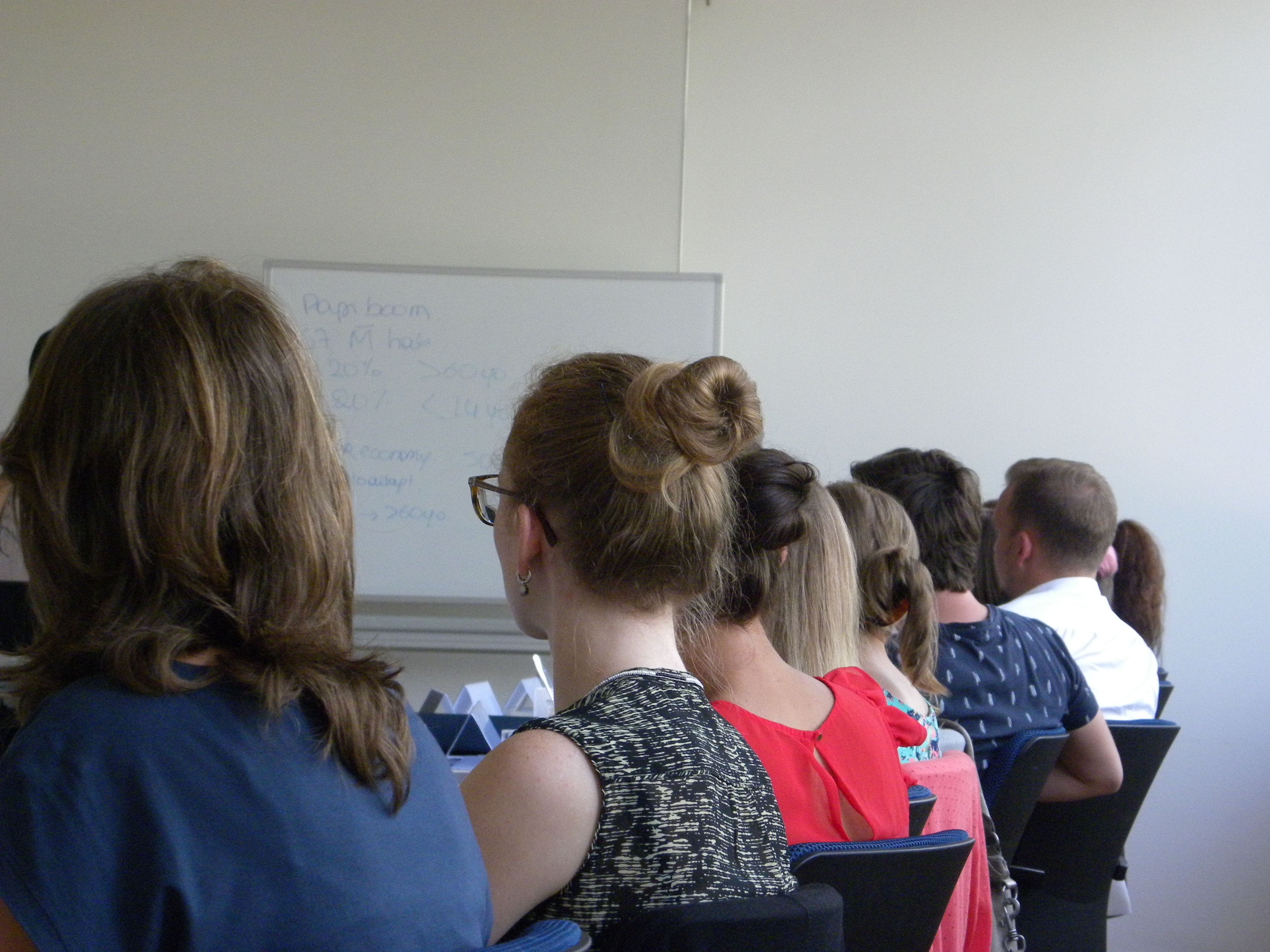 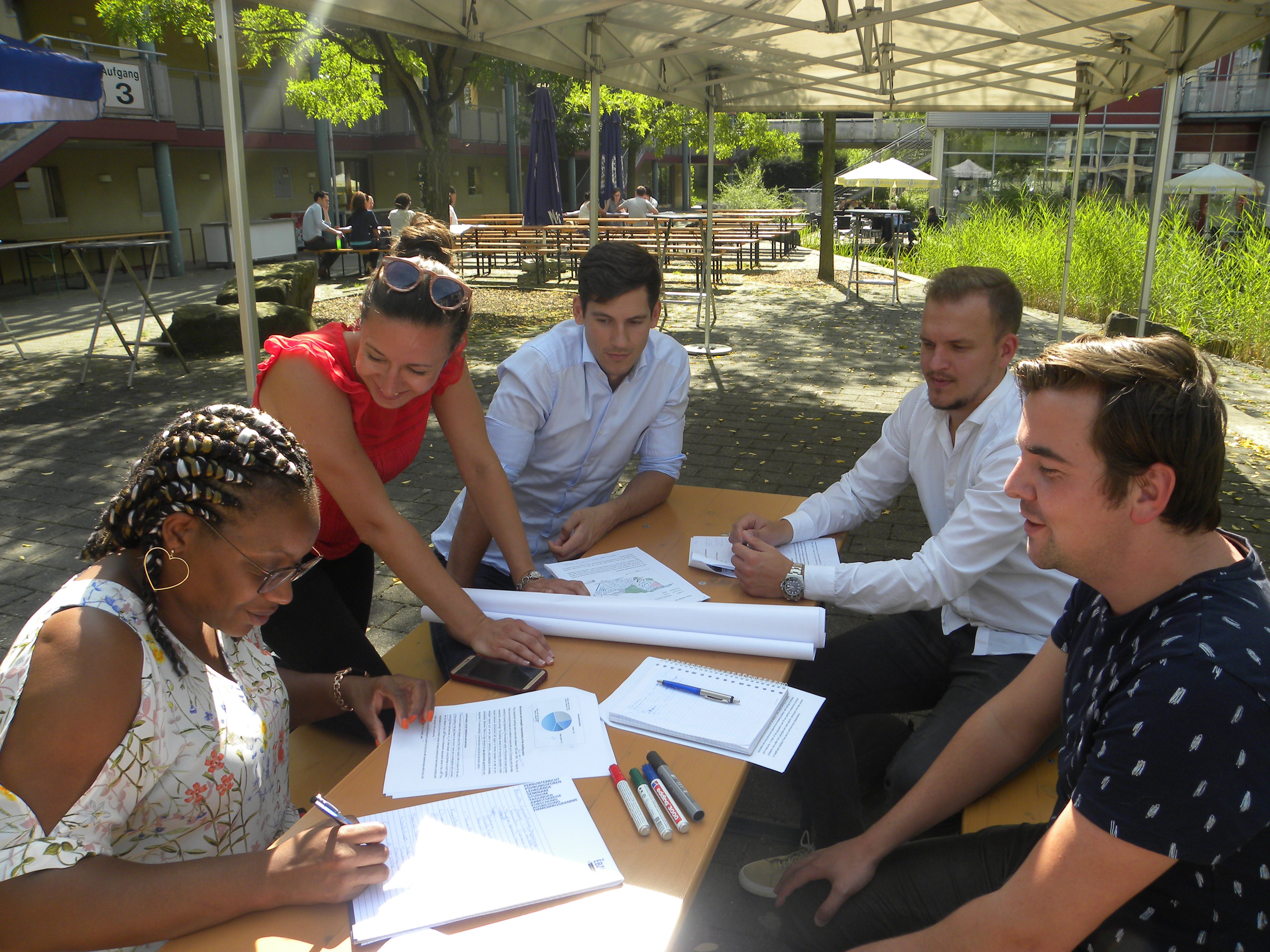 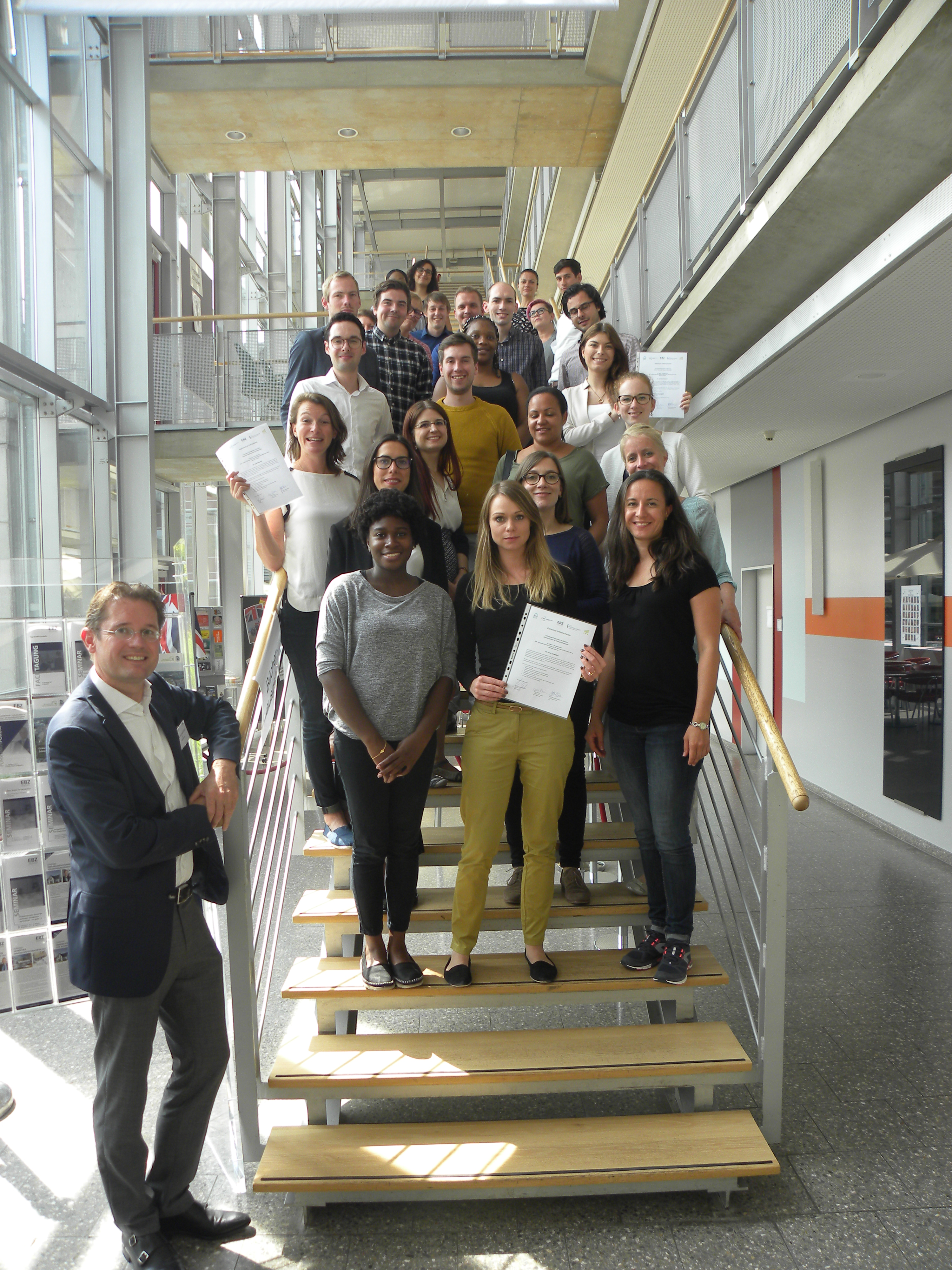 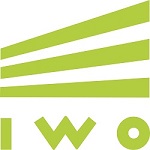